If you ever went to Sunday school, you’ll know the story of David and Goliath. But let’s not dismiss this story merely because it is familiar. Instead, let’s look at it with fresh eyes and learn from it.

Goliath would have been an intimidating man. He was massive, wearing around 120 pounds of armor. Day after day, he and the Philistines defied the Israelite army, challenging them to send out a single man to fight Goliath. Not one man of the Israelite army responded to the challenge. They were all afraid.

David, however, had not been trained in the fear that they had all bought into. He had been cultivating his interior life, his trust in the Lord, his entire life. His spiritual excellence sustained him in this moment of testing. As a result, when he heard Goliath’s challenge, he did not fear. He knew that the Lord would be with him.

When you read the text, notice that David took on this challenge because the Philistines were mocking the living God. He accepted the fight because of his heart for God. He didn’t want to achieve glory for himself, though his brothers attributed that to him.

David’s spiritual excellence shines in this moment, making him stand out from the rest of the Israelites.

David knew that the fight he faced was no ordinary battle. This was spiritual warfare: Goliath had slandered the name of God.

Despite the apparent inequity of the fight, David knew God would have the victory. As a result, he said:

You come to me with a sword, a spear, and a javelin, but I come to you in the name of the Lord of hosts, the God of the armies of Israel, whom you have taunted. (1 Samuel 17:45).

Can you imagine hearing these words before the battle? David must have seemed insane. Yet what a witness for God! His confidence in the living God shone clearly in this spiritual warfare.

As we read this story, we need to remember that truth is not determined by a majority vote. The people of Israel did not trust God, and they were in the wrong. Only David demonstrated spiritual excellence by trusting in the living God for deliverance.

Likewise, when we are in a minority in our culture for following Jesus, we need to continue to pursue God. In doing so, we will be a witness for His glory.

Looking for a resource to deepen your interior life? Purchase Ken Boa’s Conformed to His Image, revised edition. 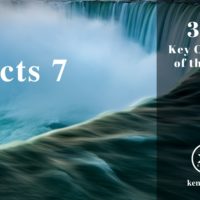 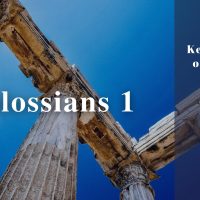 Colossians 1: The Preeminence of Christ 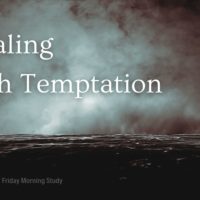 Setting Your Mind on Christ 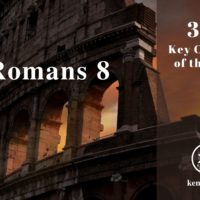 Romans 8: Living in the Spirit