Ken Boa reviews the previous session’s topic: accountability. He then wraps up the series with a discussion on renewal, including the need for a balance of personal renewal and spiritual renewal in the context of community. Corporate renewals have occurred in various places over the centuries, from the First and Second Great Awakenings to more recent evangelical renewal movements aimed at lay people (led by men like Dwight L. Moody, Billy Sunday, and Charles Finney).

True spiritual renewal, as Ken writes in Conformed to His Image, begins with the Spirit’s conviction about God’s holiness and one’s own sinfulness; it leads to a realization of one’s acceptance in Christ, freedom from bondage to sin, the power of God, and the authority of the believer (who can, by the Spirit’s power, stand firm in spiritual warfare).1

Note: This session is based on material at the end of chapter 36 in Ken’s book Conformed to His Image.

Get the book upon which this series is based. 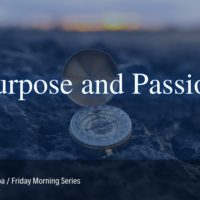 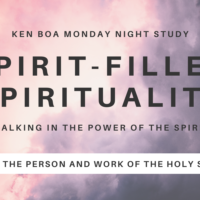 Spirit-Filled Spirituality Part 2: The Person and Work of the Holy Spirit II 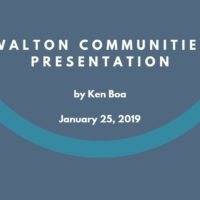 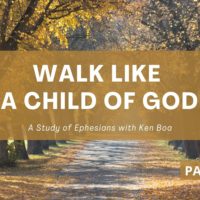 The Clarity of the New Covenant