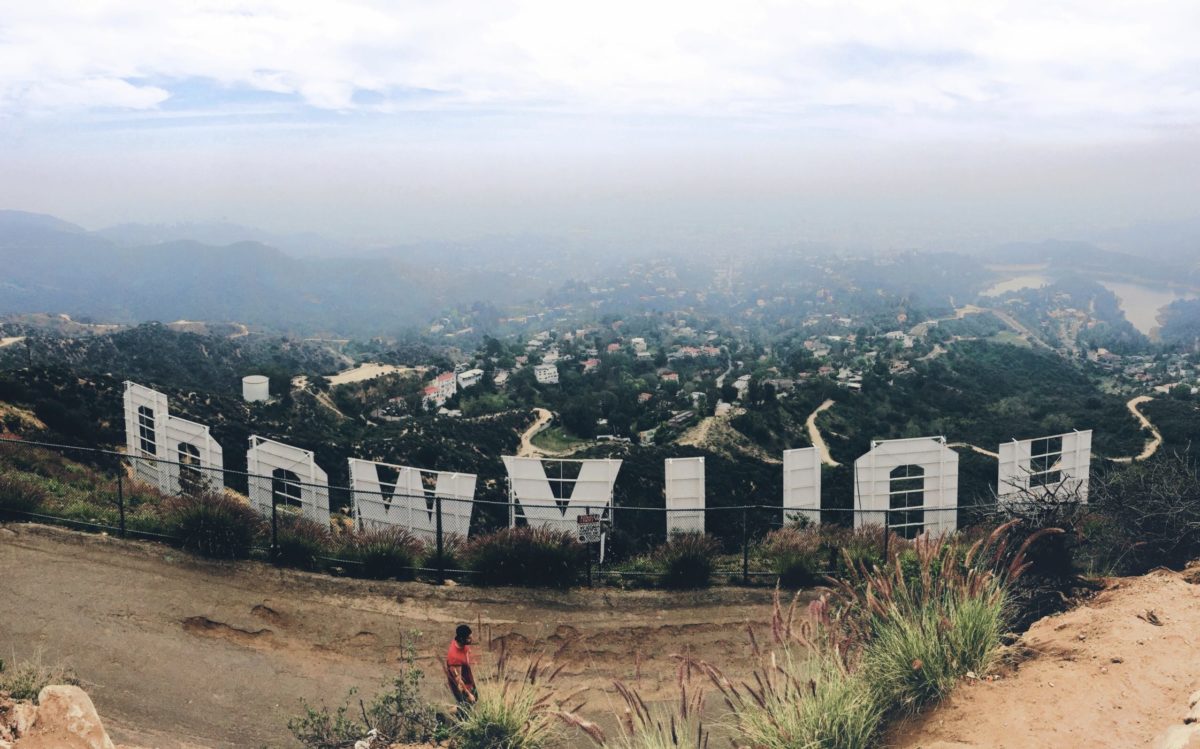 Following are some film-watching approaches and practical tips. This is part 2 in a series based on a presentation by Dr. Ken Boa and Bill Ibsen. Read part 1, “How to ‘Read’ a Film,” here.

You walk out of the theater, go back home, walk in the door, and the question is inevitably posed: “Was it a good movie?”

But what we mean by “good” can vary immensely. The movie may have been superb technically—that is, in its cinematography, editing, sound, special effects, composition, lighting, and sequence. It may have been superb artistically, meaning, for example, in its cinematography, acting, music, screenwriting, clothing, decor, mood, lighting, and pace. But a movie could be excellent both artistically and technically while disappointing morally in its portrayal of the true, the good, and the beautiful. Either in part or in whole, it may have been dishonoring to God and His Son.

A movie could be excellent both artistically and technically while disappointing morally in its portrayal of the true, the good, and the beautiful.

Usually what people mean when they ask “Was it a good movie?” is, “Did you feel emotionally positive or emotionally negative after (or while) watching it?” But films may have an intentionally up, down, or mixed endings, depending on the director’s intent, so our enjoyment of (emotions toward) a film doesn’t necessarily correspond to the quality of the film. Schindler’s List is one example of a film that doesn’t end happily but is technically, artistically, and morally excellent. Is it a good film? Well, it depends on how you define “good.”

It’s wise to realistically acknowledge the sheer power of film, since it can be helpful or harmful (and maybe even both at the same time!). Each of us should assess our own personal limits when it comes to film, specifically as it relates to the tension of cultural engagement versus personal holiness. Our unique flesh signature (our unique proclivities toward certain sins), our own emotional maturity, and our current spiritual maturity should regulate what we set before our eyes.

The danger with film, like any form of media or communication, is to slip into only feeding our flesh rather than feeding our spirit. Cinema can enhance or erode our inner life.

Each of us should assess our own personal limits when it comes to film, specifically as it relates to the tension of cultural engagement versus personal holiness.

The Motion Picture Association of America’s film rating system is based on what it deems an age-appropriate amount of language, violence, nudity, sex, or drug use depicted in the film. These may range from graphically explicit to merely implied.1

Some great films have a superb message but are explicitly violent, like Braveheart (1995), which is rated R for “brutal medieval warfare.” Some Christians can tolerate the violence and see through to the overall message, but others cannot. Mel Gibson’s The Passion of the Christ (2004) had a patently Christian message but was likewise rated R, due to “sequences of graphic violence” against Jesus. So whether a movie is “good” is not always clear-cut. Some believers loved that movie, and others couldn’t begin to stomach its intense violence.

We must assess our individual capacity for what we place before our eyes, and for what we choose as entertainment. Romans 14:22–23 teaches:

The faith which you have, have as your own conviction before God. Happy is he who does not condemn himself in what he approves. But he who doubts is condemned if he eats, because his eating is not from faith; and whatever is not from faith is sin.

Note that convictions are not the same thing as a commandment from Scripture. Convictions are individual and subjective; commandments are corporate and objective. A conviction represents an area where I pull in my personal boundaries tighter than the Scripture allows, because of my own weakness and flesh signature. As such, I must never request, expect, or force any other believer to embrace my personal convictions on any biblical subject—including, for example, whether I will see only some or no movies with a G, PG, PG-13, R, or NC-17 rating.

Not everyone wants to watch movies. In fact, for some, watching any movie of any sort offends their Christian sensibilities. In Reel Spirituality, author Robert Johnston writes:

Since the invention of motion pictures a century ago, one can observe a variety of theological responses that the church has made to film . . . . These responses fall into one of five types: avoidance, caution, dialogue, appropriation, and divine encounter. … Although these approaches developed more or less chronologically over the last eighty-five years (1920–2005), we can still find good contemporary representatives of all five of these types of theologian/critic.2

Here are the five approaches, summarized:3

Johnston notes that theologians who articulate an avoidance or caution strategy do so from an ethical position and “always move from their given theological perspective to the film under consideration.”4

On the other end of the spectrum, “those interested in exploring a divine encounter through film begin with the film and only in light of the film itself attempt to make theological judgments. When they do … the criticism tends first of all to be aesthetic, not ethical, in nature.”5 These people see film as a valid means for apprehending the divine presence.6

All art is influenced by worldview. … [but] presenting a perspective in film is not the same thing as driving an agenda. … [T]o express doesn’t always mean to evangelize or recruit. … [N]ot all movies are propaganda.

All art is influenced by worldview. While some filmmakers are pushing an agenda, the best films are not overtly didactic. Note that most are presenting life as they see it, not necessarily as they are suggesting it should be.

Is there a Hollywood agenda or a Hollywood conspiracy? If there is any agenda, it is first and foremost financially driven. If the films don’t make money, nobody in Hollywood is happy. Hollywood makes movies to the American taste, in accordance with the American appetite for film. So if you want to see a reflection of what Americans value and enjoy, watch its films.

Another motivator for Hollywood screenwriters, producers, directors, and actors is artistic expression. In any quality film, these workers are trying to create something unique, something special, and something worth saying.

Of course, the desire for excellence (and recognition, e.g., an Oscar) among peers is also a motivator. And regardless of whether what the writer or director is placing before us is pleasant, unpleasant, thrilling, or not, most of them are simply trying to portray life as they see it—not necessarily to change anyone’s mind about reality, but to express how they view reality. For this reason, Craig Detweiler is right when he writes: “Movies are more effective at asking questions or depicting problems than proposing answers. Their truths are more descriptive than prescriptive.”8

All of this is to say that presenting a perspective in film is not the same thing as driving an agenda. Sure, certain social, political, and religious viewpoints will be expressed, but to express doesn’t always mean to evangelize or recruit.

To summarize, not all movies are propaganda. Understand the film’s worldview and message, run it through the grid of Scripture where it applies, and see if there is any truth, beauty, or goodness in the film. Embrace what is good, reject what is evil.

… see if there is any truth, beauty, or goodness in the film. Embrace what is good, reject what is evil.

What’s a Theologian (or Anyone) to Do?

Most people, particularly pastors, will do best to take the dialogue approach to film. This means neither watching and whole-heartedly embracing every film (especially those bereft of artist and moral merit) nor detaching themselves completely from the culture.

Johnston puts it this way:

Karl Barth once described the theologian as having a Bible in one hand and the newspaper in the other. That is, the theologian’s task is a dialogical one. … [For]] unless the sermon is both rooted in the “Bible” (both directly and as mediated through tradition and the worshipping community) and sensitive to the congregation’s personal and social context (the “newspaper”), it will remain stillborn.9

There are a few other tips and insights to keep in mind about film, too.

First, if you choose to expand your cinematic consumption and/or taste after reading this article, it’s important to acknowledge that film is a little like food: it ranges from junk to gourmet. As with your own nutritional choices, you’ll have to choose your cinematic diet with care, cognizant of your personal proclivities and temptations.

Secondly, keep in mind that movies tend to be descriptive, not prescriptive about life and reality. Screenwriters and directors often use film in their own personal, cathartic way, and not necessarily to push a certain worldview and proselytize others, but rather to pose the difficult questions of life. They present the questions, but often are not providing the solution—in large part because they don’t have the solution. That’s for the audience to wrestle with. But life is puzzling, and the variant problems that life poses stump people of every worldview—including Christ-followers. Thus, to be paranoid that everything Hollywood produces is patently proselytizing is naïve and simply incorrect. So, relax enough to begin to wrestle with the conundrums presented in film as part of being human.

Keep in mind that movies tend to be descriptive, not prescriptive about life and reality. … They present the questions, but often are not providing the solution, in large part because they don’t have the solution.

The Importance of Subtext

Third, develop an awareness for subtext, which refers to the true thoughts and feelings underneath what is said and done in a film. In our efforts to be civilized and self-controlled or even manipulative and deceptive, we humans often tend not to say what we really think and feel. Some of us hold our cards closer to our chest than others. The best actors recognize this reality, and will give us clues and insight into their characters by acting out the subtext of the script through their nonverbal communication. Much of the script’s dialogue is driven not by the spoken word, but by the subtext. Dialogue is merely the appearance; subtext is the reality.

To catch the subtext of a film, watch it for a second or even third time. Observe how a great actor or actress—such as a Robert De Niro, Morgan Freeman, Mel Gibson, Meryl Streep, Katharine Hepburn, or Ingrid Bergman—communicates or hides what’s really going on inside their characters.

From a biblical worldview, often features articles, audio, and video on films, TV shows, and other issues in the arts, media, and entertainment world

Read the first article in this series:

How to “Read” a Film 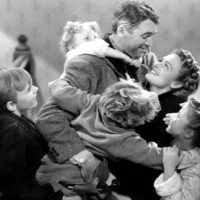 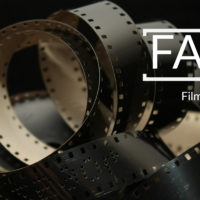 A Question on Films 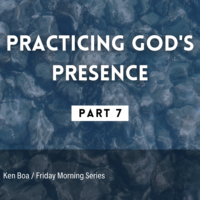 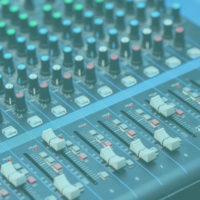 “Listening In” Interview with Warren Cole Smith on “Reading” Films 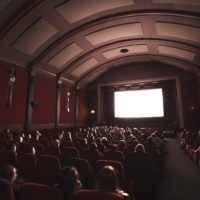