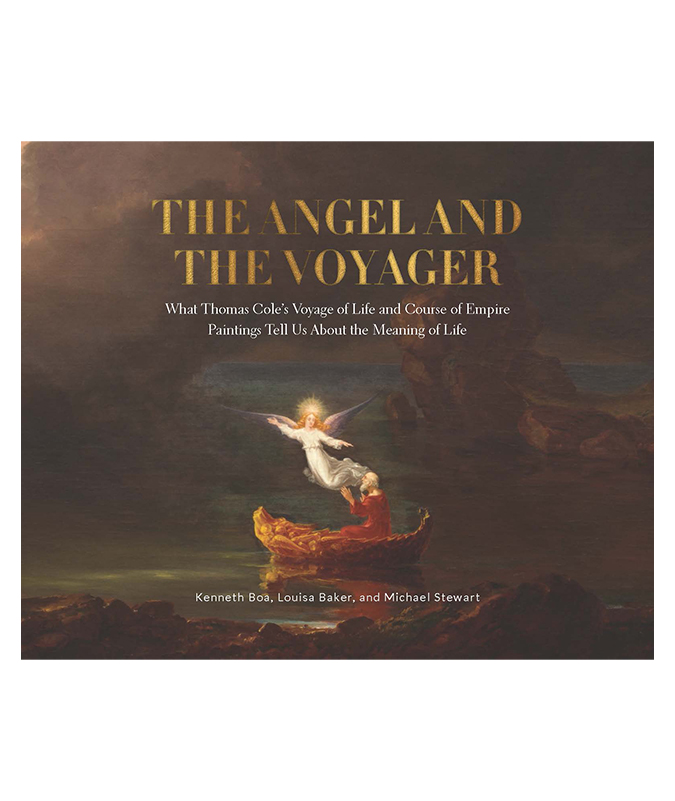 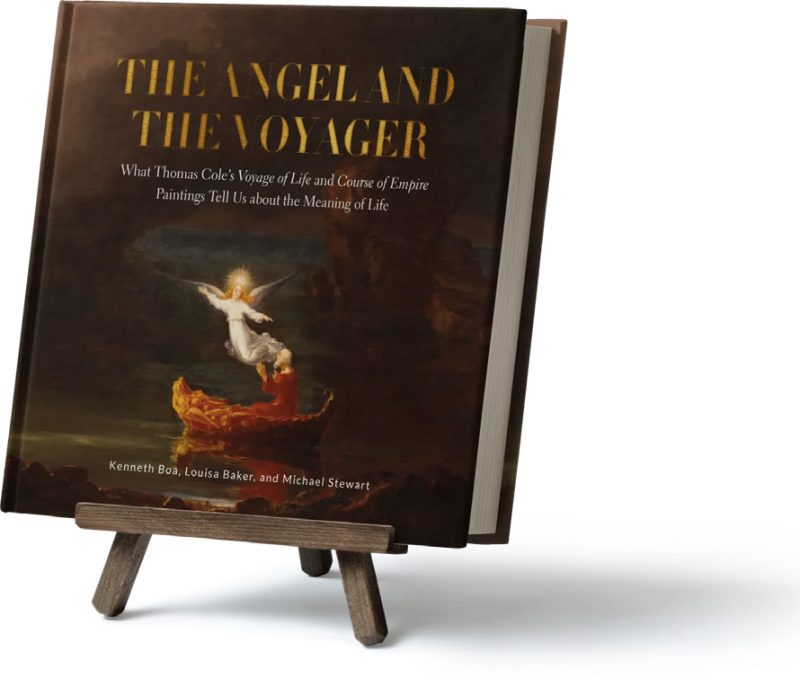 The Angel and the Voyager

Beauty is a Trojan horse for goodness and truth. An encounter with beauty and story speaks to the heart and lowers the defenses of the watching dragons of critical objections. The Angel and the Voyager was designed with this in mind, because it is a beautiful book about a richly aesthetic portrayal of our brief voyage on the river of earthly life.  The beauty points to the goodness and truth of the gospel — the good news that embeds this life in a living hope that will not disappoint.

Nineteenth-century American painter Thomas Cole was the founder of the Hudson River School, known for its portrayal of the American landscape. But two series painted by Cole, The Voyage of Life and The Course of Empire, give us a panoramic view not only of landscapes, but also of the cycles of life, played out in the lifetime of an individual and of a civilization as a whole. In The Voyage of Life, Cole’s coherent visual imagery of the allegorical journey through the river of life follows one man’s journey accompanied by his guardian angel.

From tranquil waters to raging rapids, Cole’s voyager changes with the landscape as he’s accompanied by his ever-present angel. In The Course of Empire (a series James Fenimore Cooper in 1849 called “the work of the highest genius this country has ever produced”), Cole traces the stages of civilization from savagery to imperial glory to desolation. This spiritually rich art book provides a study that ties together Cole’s two masterful series with his larger body of work and related themes (found in literature, music, and film)-ultimately prompting readers to consider the dilemma of mortality and the meaning of life.

Buy One Get One 50% off (of equal or lower value). Free shipping available for orders over $99. Discounts will be reflected in the coupon area of your cart.