Have you ever wished you could change the ending of a story?

First Samuel 8 recounts one of those stories we wish we could change; it is not a story that goes well. Samuel’s sons have forsaken the way of the Lord, and, as a result, the people of Israel reject them as judges. But instead of remembering God is their King, the people demand a physical, visible monarch like those of the other nations, rejecting God.

The good news is that the true Story does not end with despair. Because our God is a God of covenant grace, He chose not to utterly reject His people. Instead, He was paving the way for the true King of all, giving us hope for future.

The Visible Versus the Invisible

The Israelites rejected God as King over them (1 Samuel 8:7) because they could not see the good plans God had for them. They did not trust Him because they could not physically see Him. Instead of rejecting His people because of their unfaithfulness, God allowed them to appoint a human king, though He warned the people of what would happen. Despite this, He was still in control, and He would work out even this for good.

Like the Israelites, we fall into a trap when we cultivate a love for the temporal and visible over the eternal and invisible. We may not be able to see God, but we can trust that His promises are good. He will fulfill them, even though we may experience difficulty on earth and seem to lack direction. No matter our circumstances, our unchanging God reigns and is with us.

Hope for the Future

Even though we may wish we could change stories like what we see in 1 Samuel 8, this and other stories like it were recorded so that we might learn from them:

For whatever was written in earlier times was written for our instruction, so that through perseverance and the encouragement of the Scriptures we might have hope. (Romans 15:4)

In this case, we have the negative example of the Israelites to remind us to trust in God’s faithfulness. Instead of setting our eyes on what we see and desiring to be like the world, we should look that that which is ultimate. No matter what suffering or trials we encounter in this world, we can have hope for the future world (2 Corinthians 4:16–18).

For more on God’s promises and the hope we have for the future, read Ken Boa’s Handbook to God’s Promises. 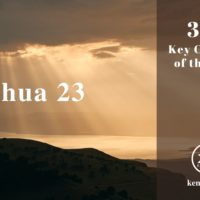 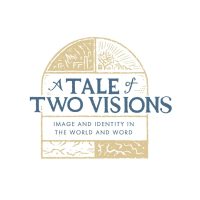 A Growing Vision of God 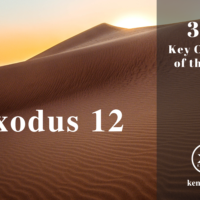 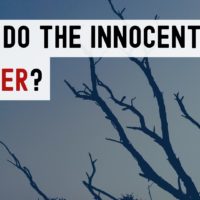 Why the Innocent Suffer 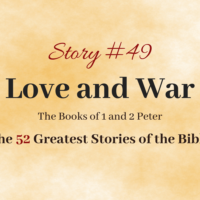