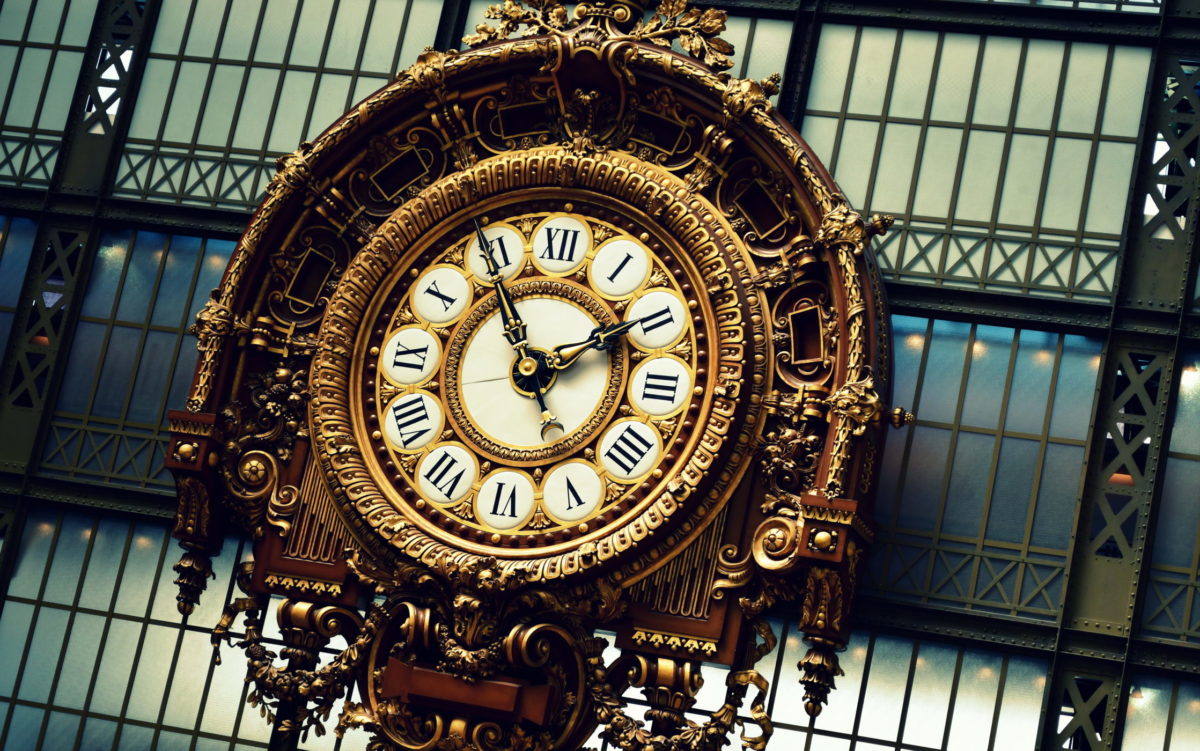 In this series on time, based on a chapter in Ken Boa’s first book, God, I Don’t Understand, we continue to explore this mysterious idea and its relationship to God and His creation.

How does God relate to time according to the Bible?

In this area, as in so many others, the Bible is far ahead of us. This shouldn’t be surprising since it’s the revelation of the One who created this whole space-time universe.

God’s relation to time as seen in the Bible is far removed from any conventional view of time. For instance, Moses, in Psalm 90 (especially verses 2–6), pictures this whole creation as only a brief period in God’s eyes. Verse 4 states:

A thousand years in your sight
Are like a day that has just gone by,
or like a watch in the night.
(Psalm 90:4 NIV)

This verse is interesting because it equates a period of time in God’s sight with more than one period of man’s time: “a day that has just gone by” (12 hours) and “a watch in the night” (3 hours).

It’s impossible to describe fully God’s eternality. We can only approach this by means of negatives. Charles Caldwell Ryrie writes, “God is not bound by the limitations of finitude and he is not bound by the succession of events, which is a necessary part of time.”1 There’s only one biblical answer to the old question, “Where did God come from?” The answer is simply that God always was and is. He is the ultimate origin of everything we can sense. Time itself is a part of his creation.2

There’s only one biblical answer to the old question, “Where did God come from?” The answer is simply that God always was and is.
—Ken Boa

As we saw in part 2, Peter tells us more about God’s relation to time: “With the Lord a day is like a thousand years, and a thousand years are like a day” (2 Peter 3:8). God moves in many time frames at once. We can extend the concept in this verse by saying that a picosecond (trillionth of a second) to God is as a trillion years and a trillion years as one picosecond.

The ultimate extension is to say that, with the Lord, an infinitesimal moment is as an eternity, and eternity is as an infinitesimal moment. In some incomprehensible way God sees each moment as an eternity and yet eternity as a moment. God is in the eternal Now; He is timeless.3 This is why He revealed Himself to Moses as “I AM WHO I AM” (Exodus 3:14). And Jesus said, “I tell you the truth … before Abraham was born, I am!” (John 8:58; see also John 8:24, 28; 18:6; Hebrews 13:8).

In some incomprehensible way God sees each moment as an eternity and yet eternity as a moment.

In God’s multidimensional eternity, the end is like the beginning. He inhabits all pasts and futures, and He is in all nows. As A.W. Tozer writes:

In one unified present glance he comprehends all things from everlasting, and the flutter of a seraph’s wing a thousand ages hence is seen by him now without moving his eyes.4

Only God can survey time in its entire extension.

The Lord of Time

God alone is outside of space and time; He created both when He made the universe. All God’s creatures must exist in space and time. As we’ll see, there’s a qualitative difference between eternity as applied to God and to resurrected man. God’s eternity isn’t simply beginningless and endless time.

Some have argued that if God is not bound as humans are to the conditions of time, there’s no way to make meaningful statements about Him. One answer to this important objection is that space and time are real to God even though He’s not limited to them. God has clearly communicated in space and in time. His clearest revelation was the incarnation of His Son. Christ subjected Himself not only to death but also to the human bondage of space and time. God is immanent in space and time, and He is able to see the succession of events in the same way we do. The difference is that He’s not bound by that succession.

The Lord of Time

“Jesus Christ is the same yesterday and today and forever” (Hebrews 13:8).

He is “the Alpha and the Omega, the First and the Last, the Beginning and the End” (Revelation 22:13).

As we’ve said before, all biblical mysteries ultimately relate together since God is the Creator of all things. The time mystery, like the others, is only a problem when we try to limit God to our own ideas.

The time mystery, like other biblical mysteries, is only a problem when we try to limit God to our own ideas.

A close connection exists between the time and divine sovereignty/human responsibility mysteries. It can be illustrated by Martin Gardner’s problem:

Is freedom of will no more than an illusion as the current of existence propels us into a future that in some unknown sense already exists? To vary the metaphor, is history a prerecorded motion picture, projected on the four dimensional screen of our space-time for the amusement or edification of some unimaginable Audience?5

This approach is inadequate because it limits God to our own perspective of one-dimensional linear time. We need to remember that God is outside time as we know it; He created time. Things like divine purpose, election, foreknowledge, and predestination are not temporal. They are eternal. Man can set up only a logical, not a chronological, relationship between these things. These are all part of the timeless decree of God. In God’s mind there never was another plan.

Time is probably (like perspective) the mode of our perception. There’s therefore in reality no question of God’s at one point in time (the movement of creation) adapting the material history of the universe in advance to free acts which you or I are to perform at a later point in Time. To him all the physical events and all the human acts are present in an eternal Now. The liberation of finite wills and the creation of the whole material history of the universe (related to the acts of those wills in all the necessary complexity) is to him a single operation. In this sense God did not create the universe long ago but creates it at this minute—at every minute.6

There is perfect correlation of God’s timeless eternal purpose with its temporal performance. As F. Duane Lindsey writes, “Everything which takes place in time corresponds exactly to what God purposed in eternity.”7

The time mystery also relates to the Trinity and God-man mysteries. For instance, there is the timeless relationship between the Father and the Son that has been called “the eternal generation of the Son.” There is also the mystery of how the Lord could bind Himself to His own created time when He became the incarnated God-man.

We won’t delve too much more into these mysteries in this series, but they’re worth pondering further, if only to lead us to a greater humility and wonder before our Creator whose comprehension is so vastly beyond our own.

Lord, you have been our dwelling place
throughout all generations.
Before the mountains were born
or you brought forth the whole world,
from everlasting to everlasting you are God.
(Psalm 90:1–2) 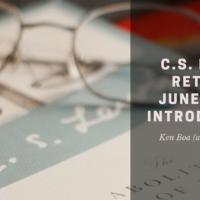 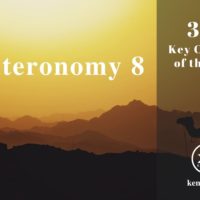 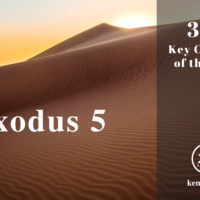 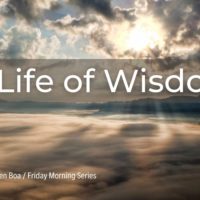 Choosing a Life of Wisdom 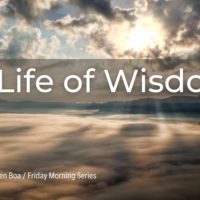 A World that Cannot Satisfy 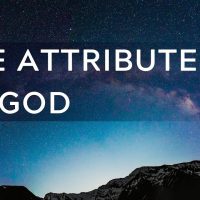 The Eternality and Infinitude of God