How do we hear God when He speaks? First Samuel 3 shows us a picture of God’s faithfulness to speak to us even when we have ignored Him in the past.

In 1 Samuel 3, we read that Samuel was serving God without yet knowing Him. The same thing happens today, doesn’t it? Many people are religious and adhere to perfunctory rules without having a relationship with Him.

The people of Israel had cut themselves off from the Lord, and so the Lord had cut Himself off from them. For this reason, we read in 1 Samuel 3:1, “Word from the Lord was rare in those days.” He no longer communicated with His people because they did not listen to Him.

Even Samuel did not recognize the voice of God when God called him. But Eli, as dim as he had grown spiritually, realized that God was speaking. He told Samuel to respond to God and listen to whatever He had to say. Samuel obeyed, listening as God told him that the line of Eli would be destroyed as a result of sin. This prophecy reveals a major transition in the history of Israel, marking the moment when Samuel became a true servant of the Lord, a recipient of His word.

Today, a key way we hear from God is through reading the Word and through prayer. God is not silent when we read Scripture; He is faithful to teach us. Because of this, we should train ourselves to hear His voice, listening when God speaks to us.

Despite Samuel’s newfound faithfulness to the Lord, the people of Israel remained unfaithful to Him. They fought against the Philistines without God’s support. But they did not recognize that He was not with them, choosing to bring the ark of the covenant into battle as if it were a magical talisman that would grant them success. They tried to manipulate God through the seen rather than obeying Him. They did not have a heart for the eternal, unseen things. As a result, God did not honor their disobedience, and the ark was taken captive.

Ironically, the Philistines feared the ark of the covenant more than the Israelites. Although they did not know God, they recognized His power. When the ark was in the temple of Dagon, their false god, the hands and head of Dagon fell to the ground. Not only that, but the Philistines suffered an affliction of tumors. As a result, they sent the ark back to the Israelites.

The religion of both the Philistines and the Israelites was materialistic. They trusted in material things rather than in the invisible God. Our religion, too, can fall into the same trap. But the more we train ourselves to respond when God speaks, the more the quiet voice of the Spirit of God will be amplified. We will be able to recognize His prompts more readily and will trust in Him.

This teaching is based on Ken’s Handbook to Scripture. 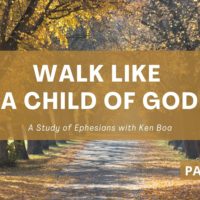 Living by the Spirit 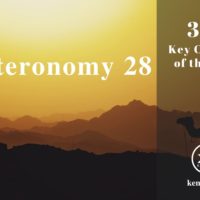 Deuteronomy 28: Idolatry of the Heart 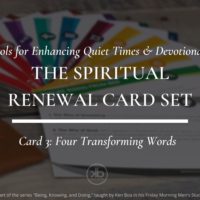 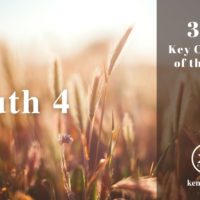 Ruth 4: The Backstory of a King 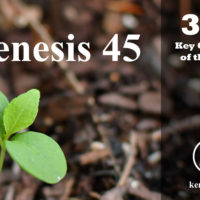