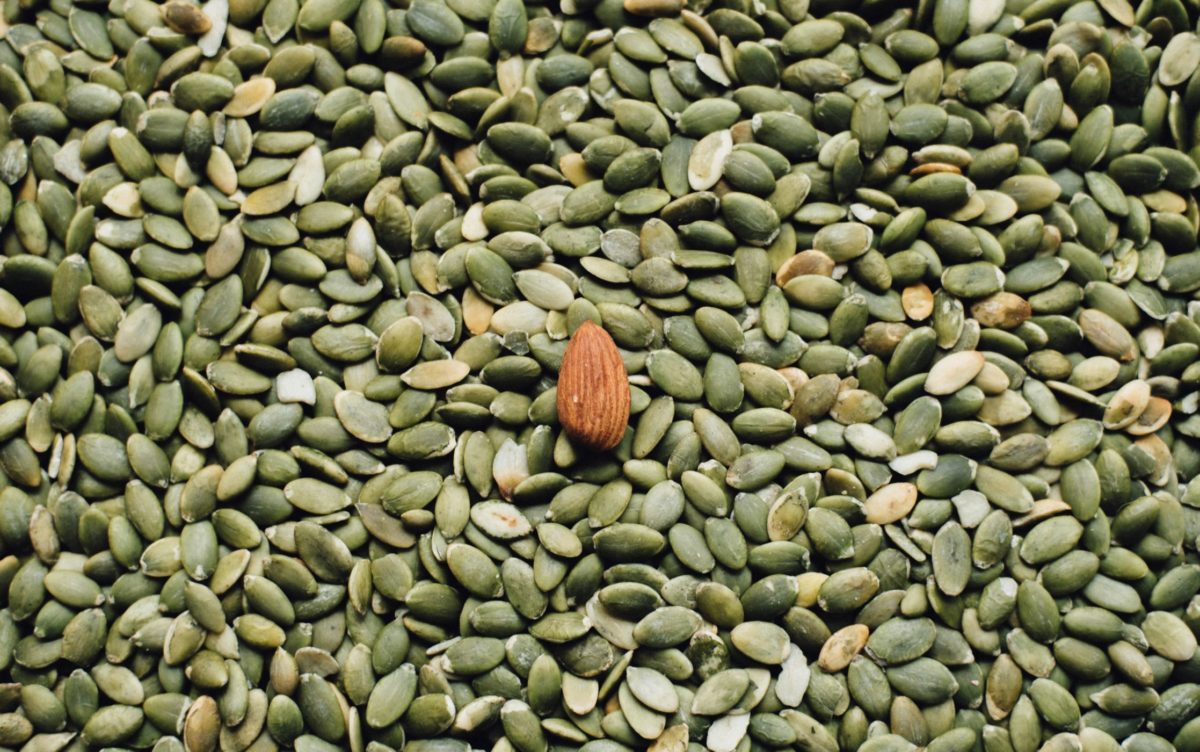 “Before we can even ask how things might go wrong, we must first explain how they could ever go right.”

These words from Friederich August Hayek, the Australian-born economist who won the Nobel Prize in Economic Sciences in 1974, set us on our path. To understand how economics may become warped, we must first examine economics in its original, pristine form. This, of course, requires us to return to the starting point of all things: God Himself.

What role did God play in the creation of economics, and what was His original intent?

To begin with, God provides the root of creation and the starting point for all models. The very first sentence in our Bibles says, “In the beginning, God created … .” In the verses that follow, we read an explanation of God’s creation and organization of various resources. As the narrative continues, God provides an oft-overlooked hint at his economy: He introduces an object with the ability to reproduce itself—a fruit with seed in it (see Genesis 1:1–12).

God provides … the starting point for all [economic] models. … He introduces an object with the ability to reproduce.

This establishes a pattern repeated throughout the rest of the creation narrative. God blesses His creations by assigning them the dual role of reproduction and distribution with the goal of filling the sea, the skies, and the land (Genesis 1:22–24). Ultimately, God creates human beings. Unique to this creation is the reflection of the Creator himself: “In the image of God he created them, male and female he created them” (verse 27b). To this unique creation, God gives a unique command: “Be fruitful and increase in number; fill the earth and subdue it” (verse 28).

Having established a model for production and distribution, God reveals His model for consumption:

I give you every seed-bearing plant on the face of the whole earth and every tree that has fruit with seed in it. They will be yours for food. And to all the beasts of the earth and all the birds in the sky and all the creatures that move along the ground—everything that has the breath of life in it—I give every green plant for food. (Genesis 1:29–30)

The opening text ends with the statement, “God saw all that he had made, and it was very good.” All of the objects God created were good. So also were the models God had created. Here was a balanced economy. Production was in balance with investment. Seed continued to reproduce, maintaining adequate supply to balance out the demands of consumption. The addition of oversight (Genesis 2:15) assured that the system would remain balanced.

It is additionally important for us to recognize that, because God is creative in His character and nature, humans, having been made in the image of God, will likewise be creative in character and nature. From the very outset of human history, God granted humans a certain level of creative license. That is to say, while each of the other creations was solely responsible for reproducing according to its own kind, humans were given the task of managing and, to some extent, expanding the economy, increasing production through work and the careful oversight of the other creations, effectively taking on the creative element of God’s character with the capacity to modify the economy.

[W]hile each of the other creations was solely responsible for reproducing according to its own kind, humans were given the task of managing and, to some extent, expanding the economy.

Looking at man, he sees in him something essentially divine, but when we turn back to see what he says about the original upon which the “image” of God was modeled, we find only the single assertion, “God created.” The characteristic common to God and man is apparently that: the desire and the ability to make things.

To ignore the existence of God when formulating economic concepts is to neglect the creative resemblance and creative capacity that humans share with their Creator. Those who fail to consider that humanity’s creative ability comes directly from humanity’s Creator tend to underestimate the importance of the wealth creation process itself in modern society, as evidenced by those still struggling to understand the wealth explosion of the last two or three centuries. In a similar vein, after the Fall, like all parts of God’s creation, people’s creative ability can be (and certainly are) misused for their own gain and to the detriment of other citizens.

To ignore the existence of God when formulating economic concepts is to neglect the creative resemblance and creative capacity that humans share with their Creator.

What the Bible Does & Doesn’t Say about Economics

In summary, the Bible says that mankind has the resources of the earth with which to work and create wealth. As a measure of stored value, money exists for the bartering of goods and services. It appears that the Bible encourages a consistently valued currency. The Bible also encourages savings and investment of the money earned. Finally, government is established by God for the protection of the citizens and, by inference, of the commerce that takes place within its borders.

Admittedly, the Bible does not specifically address the complexities of the economic factors that fuel our economy today. But even though the Bible does not comment on housing starts and bank lending rates, principles of wealth creation can be developed, and investors can reason from these biblical principles and apply them to the current economic events to seek knowledge and wisdom for decision making.

The Economy Before and After the Fall

Prior to the fall, Adam and Eve were tasked with the management of the Garden of Eden, the subduing of the earth and the filling of it. They had a responsibility to perform “work,” and their tasks were blessed by God.

After the fall, however, pain and frustration became associated with these same tasks. Eve is told in Genesis 3:16, “With painful labor you will give birth to children.” Adam is told: “Through painful toil you will eat food from [the ground] all the days of your life. It will produce thorns and thistles for you. . … By the sweat of your brow you will eat your food” (3:17b–19a).

Finally, God moves Adam and Eve out of the Garden and closes the door on its economic structure, banishing humanity into a new model of sustenance. The principle-centered economic model makes its first shift from the Garden to modern day.

In the Garden, there had been balance, with God as the ultimate source of provision and the earth the tool through which He provided. Now work is toilsome, painful, and frustrating. Before, God had created all that was needed, and there was wholesome balance. Now, there is the potential for scarcity and lack. To not work meant to not eat. While God remained (and still remains) the ultimate source, after the Fall, Adam’s actions more directly factored into Adam’s supply. In this post-Fall economic model, our decisions affect our provision.

In this post-Fall economic model, our decisions affect our provision.

In order for Adam to secure resources for his consumption, in order to secure a surplus beyond that consumption for investment (i.e., seeding a field), Adam would have to experience the sweat of his brow. Herein we learn the principle that wealth is created through the medium of work.

Adam faced one of the classic decision-making dilemmas facing investors today: investment vs. consumption. That which he ate (consumed) could not be replanted (invested). On the other hand, if he were only to produce enough to cover his consumption, there would be nothing left to invest in future production.

As society continued to evolve, the economic options available grew beyond the two available to Adam.

The three areas these options represent—investing, charity, and taxation—are potential avenues down which our resources can still flow today. Some are based on belief systems, and some are mandated by law. However, all can be reasonably stated as non-personal consumption. As such, they are payments to the government or to the church, or investments in future productivity.

In the next part in this series, we’ll discuss a biblical view of investment, consumption, and how to weigh the two. 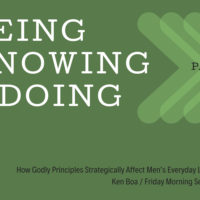 Being, Knowing, and Doing—Part 15 (Work Continued) 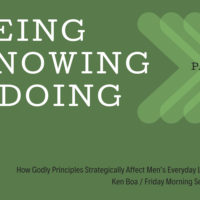 Being, Knowing, and Doing—Part 13 (Work Continued) 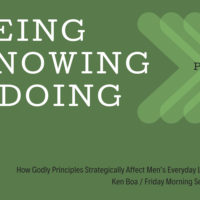 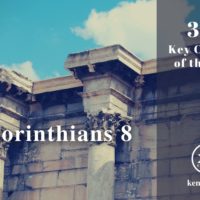 2 Corinthians 8: The Generosity of Christ