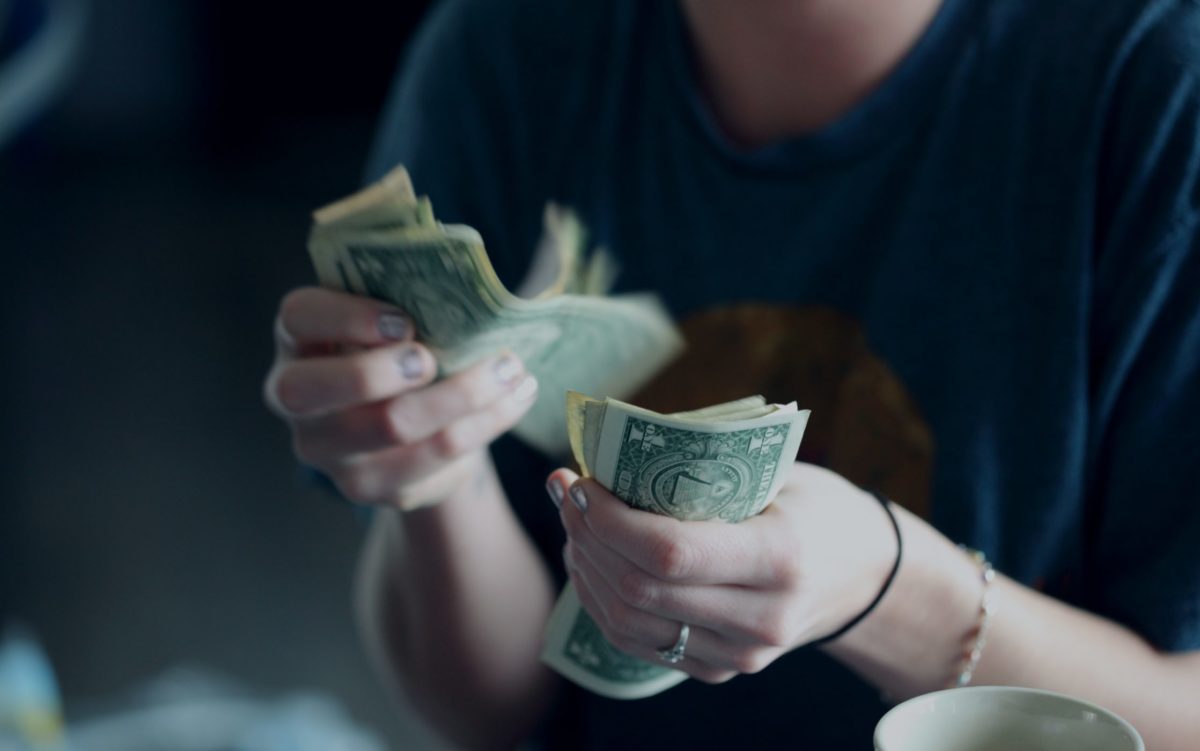 You probably know that the Bible has a lot to say about money and finances.

Money is so important to people that it directly competes with our ability to serve the God of the universe. Greed is also a driver as people are never satisfied just by getting or achieving more—our hearts are restless, as St. Augustine said, until we find our rest in Him. No amount of wealth can ever satisfy (Ecclesiastes 4:8).

While money comes with inherent temptations and dangers, it’s also an area in which we can demonstrate our trust in God and do much good in the world. For this to happen, it helps to have a clear biblical view of money, wealth creation, and economics; this view, in turn, frames and prompts us toward sound, principle-based decisions that are sensible, knowledgeable and not hasty.

Money is so important to people that it directly competes with our ability to serve the God of the universe.

An economy, by simple definition, is “a system of production, distribution, and consumption.” We must understand an economy as it was designed to operate before we can understand the distortions that interrupt that original design. Just as a person working to detect counterfeiters studies real currency more than fake, we should first study how the economy is supposed to work as a means of understanding the economy as it works incorrectly.

A Short History of Money

Since the first coin was stamped in the seventh century BC, money has played an increasingly central role in human society. Along with sex and power, money is one of the elemental forces driving the affairs of individuals and nations. During the recent past, however, our understanding of wealth and its creation has been substantially altered.

First, with the downfall of the Soviet Union in 1989 and the broader collapse of communism worldwide, democratic capitalism gained a stunning victory over its rival economic systems, such as socialism and state-run economies.

Second, led by Wall Street in the 1980s and Silicon Valley’s high-tech revolution in the 1990s, free-market capitalism made possible the greatest legal creation of wealth in human history. These events led to the beginning of a large transition of wealth from one generation to another. Finally, the real estate boom of the early 2000s created unrealistic expectations of ever-continuing expansion in wealth.

When this bubble inevitably burst, our society was left with one startling revelation: for all the preoccupation with the making of money (or the creation of wealth), little attention had been paid to the meaning of money and wealth, or to the biblical principles that predate its existence and establish the basis for both monetary exchange and wealth creation.

The Bible, God, and Money

Why research the Bible in developing a perspective of finance and economics?

For one, it’s clear from Scripture that God “owns it all”—He claims ownership of the earth. Thus, His Word is the natural place to look for truth about His possessions. Here are just a couple of passages from the Old Testament speaking to God’s ownership of everything:

Now then, if you will indeed obey My voice and keep My covenant, then you shall be My own possession among all the peoples, for all the earth is Mine. (Exodus 19:5, emphasis added)

I know every bird of the mountains, and everything that moves in the field is Mine. If I were hungry I would not tell you, for the world is Mine, and all it contains. (Psalm 50:11–12)

In light of this, we would do well to understand the consequences of following, or not following, what God says about His creation. God is not mocked in how we follow His principles: “Do not be deceived, God is not mocked; for whatever a man sows, this he will also reap” (Galatians 6:7).

How Wealth Is Created

One of the most basic questions we can ask in relation to economics and the Bible is this:

What does the Bible say about how wealth is created?

Fundamentally, wealth is created through the medium of work. The institution of productive labor was established by one of the first commands given by the Creator God immediately after the creative act and before man sinned: “Then the Lord God took the man and put him into the Garden of Eden to cultivate it and keep it” (Genesis 2:15). Through man’s productive industry, God shared responsibility for the earth with him.

God’s esteem of labor continues throughout the narrative of the Bible:

In all labor there is profit, but mere talk leads only to poverty. (Proverbs 14:23)

Do you see a man skilled in his work? He will stand before kings; he will not stand before obscure men. (Proverbs 22:29)

In fact, an individual’s refusal to work was dealt with strongly in the early church:

If anyone is not willing to work, then he is not to eat, either. (2 Thessalonians 3:10)

The biblical affirmation of the value of work, the value of profit, and, by implication, the wisdom of investing is evident. The biblical pattern is that hard work is the normative method that God uses to create wealth.

Hard work is the normative method that God uses to create wealth.

The Bible contains numerous passages where God gives prosperity to individuals who obey His commands and work diligently. Deuteronomy 30:8–10, for example, says:

And you shall again obey the Lord, and observe all His commandments which I command you today. Then the Lord your God will prosper you abundantly in all the work of your hand, in the offspring of your body and in the offspring of your cattle and in the produce of your ground, for the Lord will again rejoice over you for good, just as He rejoiced over your fathers; if you obey the Lord your God to keep His commandments and His statutes which are written in this book of the law, if you turn to the Lord your God with all your heart and soul.

This Deuteronomy passage was clearly addressed to the nation of Israel as God’s covenant community, but elsewhere, the Bible reinforces the principle that work will result in prosperity or wealth:

There is one who scatters, and yet increases all the more, and there is one who withholds what is justly due, and yet it results only in want. The generous man will be prosperous, and he who waters will himself be watered. He who withholds grain, the people will curse him, but blessing will be on the head of him who sells it. (Proverbs 11:24–26)

Here is what I have seen to be good and fitting: to eat, to drink and enjoy oneself in all one’s labor in which he toils under the sun during the few years of his life which God has given him; for this is his reward. Furthermore, as for every man to whom God has given riches and wealth, He has also empowered him to eat from them and to receive his reward and rejoice in his labor; this is the gift of God. (Ecclesiastes 5:18–19)

The Purpose of Wealth

Wealth is given to Christians to do good and be generous. Paul puts it this way:

Instruct those who are rich in this present world not to be conceited or to fix their hope on the uncertainty of riches, but on God, who richly supplies us with all things to enjoy. Instruct them to do good, to be rich in good works, to be generous and ready to share, storing up for themselves the treasure of a good foundation for the future, so that they may take hold of that which is life indeed. (1 Timothy 6:17–19)

Though it may be more obvious in certain situations than others, every financial decision we make has a spiritual component. Why? Because the Bible teaches that we humans are merely stewards of the money God has entrusted to us.

Because we are stewards, every financial decision we make has a spiritual component.

As Christians, we are called to support the advancement of God’s Kingdom through our finances. Therefore, it makes sense that, as much as it is in our power to do so, we should carefully and prayerfully consider how to manage and create wealth in accordance with God’s original intent.

In the next parts in this series, we’ll examine that beginning recorded in Genesis, and much more:

1 Peter Study, Part 7 (at Christ Church): Applying What You See 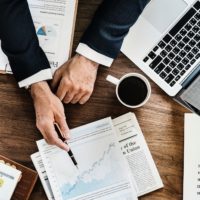