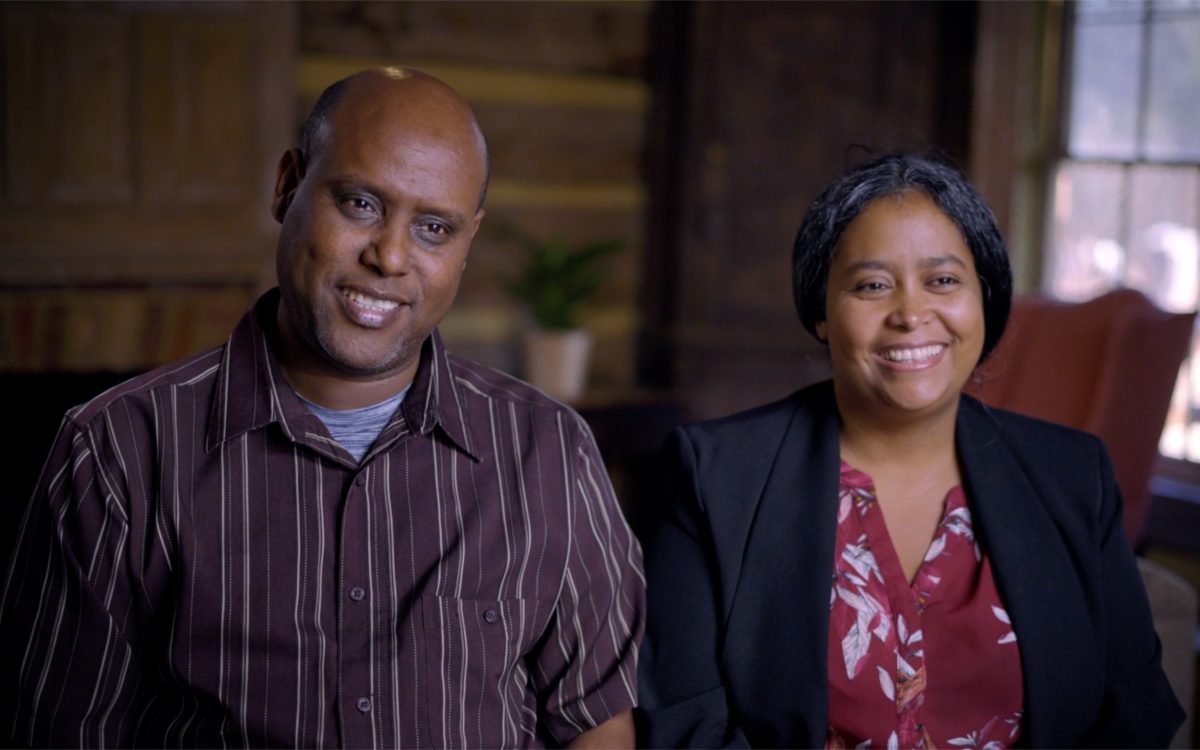 Preaching the gospel to his church almost got him assassinated.

But that didn’t stop one Ethiopian man from continuing to witness for Christ. Tilahun along with his wife, Meseret, eventually fled to the United States, where they speak of the important role persecution played in shaping their faith.

Persecution transformed me in a way that I would not go back again.
—Tilahun, Refugee from Ethiopia

Despite tracing its origins to the first century, when the Ethiopian eunuch was evangelized by Philip (Acts 8:26–40), the Ethiopian Orthodox Church today emphasizes works and ritual while jettisoning the pure gospel message of salvation by grace through faith alone. Those in the church who become true believers tend to be treated as “cult followers,” marginalized, and persecuted for their faith.1

Such was the case with Tilahun and Meseret.

After becoming a deacon and ordained minister in the Ethiopian Orthodox Church, Tilahun came to know Jesus as the sole means of salvation. When he began preaching this truth straight from the Bible, however, the message was not well received because it went against the church’s long-held traditions.

So Tilahun took to writing to communicate his newfound faith. But his book, too, was seen as heresy. When church leaders warned Tilahun to stop talking about Jesus, he refused.

“I said, ‘No!’ I said, ‘He is enough for us!” Tilahun related during an interview in January 2020 in connection with the release of Shaped by Suffering.2

When Tilahun stood firm, church officials excommunicated him and then chased him up a mountain and stabbed him. By God’s grace, he survived, but his persecution wasn’t over. After marrying Meseret, he went to prison for several months. The government seized all their belongings, including their home. The couple went to live with her parents for a while, where they experienced continued, multiple persecutions—from being spit on to having their bank accounts blocked. Finally, they escaped to America.

Tilahun speaks of the “spiritual muscle” a believer can develop when persecuted. “The persecution transformed me in a way that I would not go back again.”

The faith of this Ethiopian-born couple has inspired—and continues to inspire—many. But a question worth asking is this: Should their experience of—and perspective on—persecution surprise us? Strike us as extraordinary? If we’ve taken the words of the New Testament seriously, I don’t think it should.

Writing to the first-century Christ-followers dispersed in various places across the Roman world, the apostle Peter wrote: “Beloved, do not be surprised at the fiery ordeal among you, which comes upon you for your testing, as though some strange thing were happening to you …” (1 Peter 4:12 NASB). Peter goes on to urge his readers to “keep on rejoicing” in spite of increasingly difficult circumstances (the persecution of Christians under Emperor Nero was about to intensify as he wrote). In his letter, he appeals to the example of Christ as their model.

Christ Himself suffered sinlessly for our sake. Besides that, the Son of God warned us of the certainty of persecution for His followers: “Remember the word I said to you, ‘A servant is not greater than his master.’ If they persecuted me, they will also persecute you” (John 15:20 ESV, emphasis added; see also John 17:14).

And then there are the words of the apostle Paul to his young protégé, Timothy: “All who desire to live a godly life in Christ Jesus will be persecuted” (2 Timothy 3:12 ESV, emphasis added).

If we’re following Jesus, we will be persecuted.

There’s no skirting around the meaning of these verses. If we’re following Jesus, we will be persecuted. So when (not if) persecution comes to us or fellow believers, we should not be surprised or taken off-guard. We should expect it, seeing persecution not as something endured by extraordinary Christians in especially difficult circumstances, but as the norm for every follower of Jesus no matter where we live. Furthermore, Jesus calls us to rejoice in the midst of persecution—counting it as a privilege (as Meseret and Tilahun did) to suffer for Christ:

Blessed are those who are persecuted for righteousness’ sake, for theirs is the kingdom of heaven. Blessed are you when others revile you and persecute you and utter all kinds of evil against you falsely on my account. Rejoice and be glad, for your reward is great in heaven, for so they persecuted the prophets who were before you. (Matthew 5:10–11 ESV)

The experience of two Ethiopian refugees may feel like an inspiring but distant reality. Yet, as Shaped by Suffering discusses, persecution takes more than one form.

Hard (or bloody) persecution relates to physical suffering for the name of Christ (tortures, beatings, and even martyrdom); these are the things we often think of when we hear the term persecution, and they’re at the center of Meseret and Tilahun’s testimony.

But there’s a “soft” form of persecution, too, and it’s just as real. Soft persecution includes “mockery and ridicule, social and professional pressure, and marginalization in daily life.”3

We may be tempted to see the soft type of persecution as a lesser type, but soft persecution is often a precursor to hard persecution. Furthermore, these “small” tests of our commitment to Christ in everyday life are just as important to our witness. They ultimately reveal what He’s worth to us and are a portent of how we’ll respond when the more blatant, physically painful forms of persecution come.

How easy it is to deny Christ through our silence, or through “small” compromises, in a classroom or boardroom or the newsroom (or wherever we spend time)! How tempting to rationalize these denials, even on spiritual grounds. Yet, Christ calls us to preach His name to everyone, and to not be ashamed of identifying ourselves with Him wherever we go (Luke 9:26). Thus, whether we’re standing before a professor, a colleague, a boss, a neighbor, a friend, or a relative who is hostile to us because of our Christianity, we are not to be afraid to associate ourselves with Jesus. We’re to bless (not curse) that hostile person (Romans 12:14) and to count that opportunity to suffer for His sake as a privilege just as Meseret and Tilahun did.

Embracing Persecution as a Privilege

“The persecuted,” then, aren’t only people out there in other countries facing dire (physical) consequences for standing for Christ. The persecuted includes anyone anywhere who endures opposition and maltreatment for following Jesus. It includes you and me, even though our consequences may be less dire.

Let’s consider one question—and it’s an important one, because it affects how we think and pray about persecution (our own and others’): How should we pray for the persecuted? A related question: Why does the first priority of Christians in prayer tend to be for persecution to abate—for the persecuted to be kept safe from harm?

Nik Ripken challenges this priority in how we pray for the persecuted in his book The Insanity of God. The book is based on interviews he conducted with hundreds of believers around the world who have suffered for their faith, plus his two decades of experience as a missionary in places where persecution is the norm.

“We seem to forget that Jesus Himself promised that the world would reject and mistreat His faithful followers just as it rejected Him,” Ripken writes. “Could it be that the only way that Almighty God could actually answer prayers asking Him to end the persecution of believers … would be to stop people from accepting Christ as their Lord and Savior?”4

“If someone simply leaves Jesus alone, doesn’t seek Him or follow Him, then persecution will simply not happen,” Ripken continues. “Beyond that, even if someone becomes a follower of Jesus, persecution will likely not happen if the faith is kept private and personal. … So if our goal is reducing persecution, that task is easily achieved. First, just leave Jesus alone. Second, if you do happen to find Him, just keep Him to yourself.”6

If our goal is reducing persecution, that task is easily achieved. First, just leave Jesus alone. Second, if you do happen to find Him, just keep Him to yourself.
—Nik Ripken, The Insanity of God

And that price, whatever it is, whether it results from facing a literal or a verbal firing squad, is always worth it. The book of Revelation makes that clear (see 21:4, 6–7).

May we accept the challenge to embrace our freedom to obey God in any political and cultural situation—and any persecution that comes along as a result of our obedience. May we remember, always, that suffering for Christ is a privilege worth every ounce of pain, for He is enough.

For more on persecution and the promises God gives those who suffer for His sake, check out Shaped by Suffering: 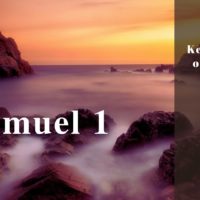 1 Samuel 1: Presenting Our Prayers to God 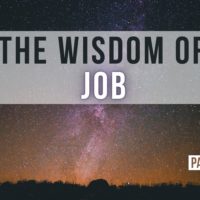 The Architecture of Nature 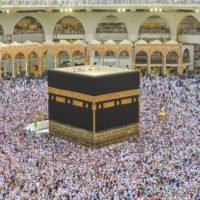 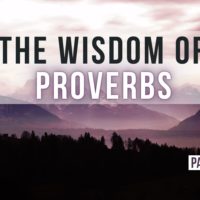 The Characteristics of the Wise 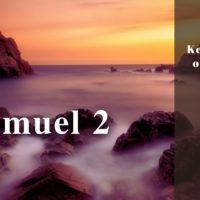